Statutes for Sisterhoods in North America

A. Organization and Objectives of the Sisterhood.

3. The sisterhood comprises a component and integral part of the parish and exists in accordance with the parish's charter as a parish organization.

4. It is the sisterhood's objectives on the one hand that those who enter its membership may perfect themselves morally in Christian virtue, in accordance with the teaching of the Russian Orthodox Church under the pastoral guidance of their pastor and in close contact with the life of the Church; and on the other hand, the object of the sisterhood is, on the whole, to render active aid to its church and to carry out, in a practical manner, the duties of the parish in accordance with Paragraph 2 of the "Parish By?Laws" adopted by the Local Pan?Russian Council [1918: "The goal of a parish is for Orthodox Christians, united in the faith in Christ, through prayer, the sacraments, Christian teaching and church discipline, would cooperate with one another in achieving salvation through Christian education, benevolent life and Christian deeds of charity, and would tend to the needs of their church [temple— ed .], the clergy and parish, along with its institutions, and also for general needs of the diocese and of the common church needs of the Russian and Universal Church."].

5. The duties of the sisterhood are:

a) maintenance of the Church building, both during the divine services and apart from them; care for the vestry; and the adornment of the church;

d) concern for the un-baptized and the unwed; bringing them to the church, that the Holy Mysteries may be performed over them;

e) to aid, with all the means at their disposal, schools for children within the parish.

f) collection of materials and funds, in accordance with pledges distributed by the parish council, signed by the pastor: for the needs of the church (this is done outside the times appointed for the divine services), for the sick, the poor, invalids, etc.

g) to help the church's warden (starosta) in acquiring and distributing religious and liturgical literature, etc.

Note 1: For a greater degree of success in the fulfillment of these duties, a rotating schedule of sisters may be established.

Note 2: During the fulfillment of their duties in church during the divine services, the sisters should be appropriately attired, without the prescribed form of head covering.

B. Administration and Membership.

6. With the Rector's blessing, and on the recommendation of the sisterhood's Council, widows, maidens and married women who are members of the parish and who have attained the age of twenty?one may be admitted to membership.

7. In its activity, the sisterhood is subject to and is under the guidance of the parish Rector.

12. The membership dues are fixed by the General Assembly of the sisterhood.

D. Alteration and Amendment of these Statutes.

16. If local conditions require, alterations and amendments of these Statutes may be made at the General Assembly of the sisterhood by resolution of a two?thirds majority vote of those present at the Assembly. No less then two?thirds of the actual membership of the sisterhood must be present at such an Assembly. The proposed text of alterations or amendments should be cited in full in notices distributed two weeks prior to the General Assembly.

17. Alterations and amendments of these Statutes accepted at the General Assembly of the sisterhood take effect only after they are confirmed by the Diocesan Bishop. 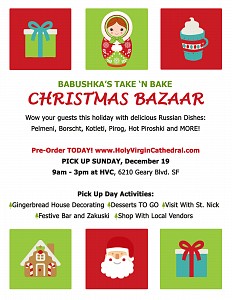