An Appeal to Raise Funds for Saint Tikhon's House in San Francisco, CA

On behalf of the Diocesan Council of the Western American Diocese an Appeal for the collection of funds for the renovation of Saint Tikhon's House in San Francico, CA, was read to the diocesan clergy at their Great-Lenten Retreat held from March 12 to 14, 2018. This Appeal has also been sent to all the parishes in the Diocese.

Dear Father Rectors of the Western American Diocese,
and all who honor the Legacy of St. John of Shanghai and San Francisco the Wonderworker,

The Diocesan Council of the Western American Diocese of the Russian Orthodox Church Outside of Russia, presided over by His Eminence Archbishop Kyrill, having the sacred charge of promoting and preserving the legacy of our local Saint of universal significance, is earnestly seeking out a capable fundraiser or a team thereof that will gather the necessary financial resources to renovate and maintain Saint Tikhon’s House, the orphanage that St. John founded in Shanghai and brought to our Diocese.

The value of this building is well-known throughout the Orthodox world as a treasury of St. John’s heritage, as it houses, for example, the orphanage’s original iconostasis from Shanghai, holy and miraculous icons, many historical and meaningful photographs, and Saint John’s monastic cell. Furthermore, although the orphans of St. Tikhon’s House are now adults, the building is by no means a static structure. Rather it is a dynamic center containing a vibrant parish life with parishioners that were St. John’s orphans, the Diocesan Chancellery, a library and the Diocesan archives.

The renovation and repairs of Saint Tikhon’s House encompass demolition of the current exterior surface of the building, repairs inside the walls (especially over the windows on the south face), resurfacing the exterior, and also repairs and updates in the interior.

The funds necessary both to perform the much-needed renovation and to collect seed money for the perpetuation of Saint Tikhon’s House are estimated  to be $490,000.00. 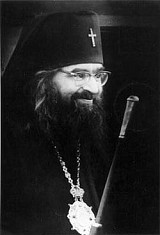 His Eminence Archbishop Kyrill and the members of the Diocesan Council are calling upon all members of the Western American Diocese to support this project. Specifically, we request a talented, energetic fundraiser or fundraising group that is capable of utilizing any resources available to preserve Saint John’s Legacy – by means of crowd-funding, social media, solicitation of donations both great and small, the obtaining of grants, etc.

If you are willing to devote your talents to this project, please, contact the Western American Diocese here.

Let no one be daunted by the “magnitude” of this undertaking. Saint John did so much with “so little.” He will help and bless us as well!

Members of the Diocesan Council of the Western American Diocese,
Wednesday Mid-point of the Great Fast
March 1/14, 2018