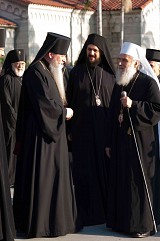 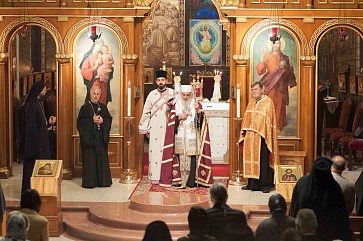 During vespers His Holiness Patriarch Irenei of the Serbian Orthodox Church, presiding over the ceremonies, offered a homily on the great works and heavenly glory of Saints Mardareje and Sebastian.

The official moment of proclamation of these newly glorified  Saints is scheduled for Saturday September 5th at 9:45 am at Saint Steven's Serbian Orthodox Cathedral.